30-something Brazilian journalist. Crazy about TV. Currently in love with DC and Marvel superheroes, that tattooed lady from NBC, clone conspiracies and dystopian futures. You can reach her at @lucianamangas on Twitter and talk about how much you love TV as well. Or puppies. Puppies are cool too.

Shana has always been obsessed with four things: writing, reading, dancing, and television. She made a brief detour into graduate level Mathematics but then decided she’d much rather be a broke professional fangirl than a wealthy math geek… But that’s not to say that she isn’t a proud geek, nerd, and dork of all flavors. Mmm flavors. She also really loves food.

Lawyer. Writer. Dreamer. Sports junkie. Unapologetic feminist. Watches too much TV and has entirely too many opinions, in more than one language. 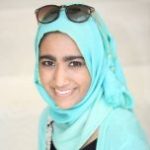 Anam is a self proclaimed TV nerd who loves all things TV. Anything with a fantastical or SciFi twist, a drama, or a show produced by Shonda Rhimes usually catches her eye. She’s a DC native so naturally she’s an activist when she’s not sitting in front of the television. 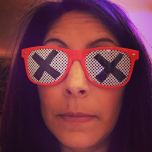 Erin is a former script supervisor for film and television. When she’s not watching TV or movies she is reading, writing, thinking, or tweeting about TV or movies. She loves to read actual books and X-Files fan fiction. Her other passions include pointing out feminist issues, shipping Mulder and Scully, and collecting pop culture mugs. She is currently reviewing all of The X-Files at her blog, Buck Up Little Camper.

Goes by Sarah (Bella round the office) Late 20’s, nerdy fangirl. Loves to read, gush about all the entertainment she can get her hands on, and proud ranter in her friends’ inboxes. If she has a good meal she’ll be happy for the rest of the day. Thrilled to be covering Outlander here!

Former law enforcement officer turned stay-at home mom rediscovering her love of all things television. Melinda enjoys TV that is bold and not afraid to give an old topic a twist. When not spending time with family, reading, listening to the NPR Politics podcast, playing with all of her 5 rescue pets, or writing she is one of those crazy people who enjoy running half marathons for fun.